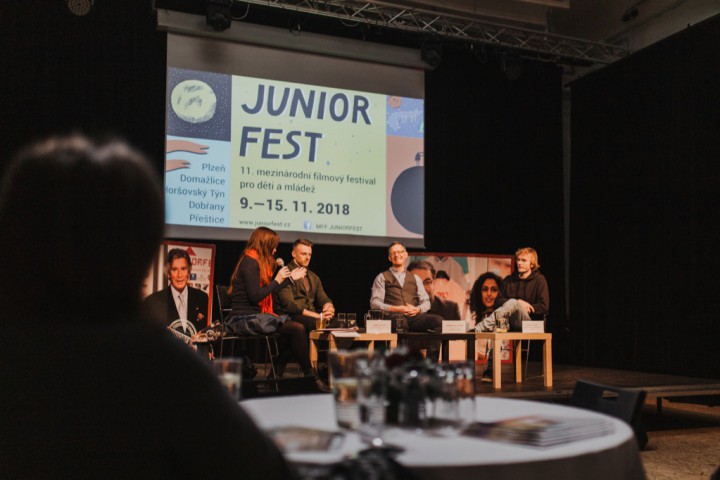 Program of the all-day conference

On Sunday, November 10, 2019, the 3rd year of Industry Programme will take place on the premises of DEPO2015 in Pilsen.

The schedule, intended for professionals and friends of JUNIORFEST, will be:

Children film as a marketing concept

Maren Maier (Germany) -  representative of the German company Sola Media, one of the leading companies in the sales of the children´s and family films.

Peter Badač (Slovakia) -  Producer and Founder of one the largest production companies in Slovakia - BFilm.

Erik Tijman (Netherlands) – Head of Film and Television section on the Festival Cinekid and Acquisitions Coordinator for the Wrap! Distribution project.

Exclusive presentation of expected long feature project Caught in the Net, which has urgently opened the tabootopic of child abuse on the Internet.

This film documents three adult women (pretending to betwelve-year-old girls). Sexual predators are mostly aimed at luing the victim naked photo. For the purpose of this document, three children's rooms (in the studio) were built in which communication with predators took place.